In the previous post, we looked at the basic concepts in React. In this post, I would like to explain and demonstrate identifying and creating components with a simple example app.

We would be creating a simple React app as below: 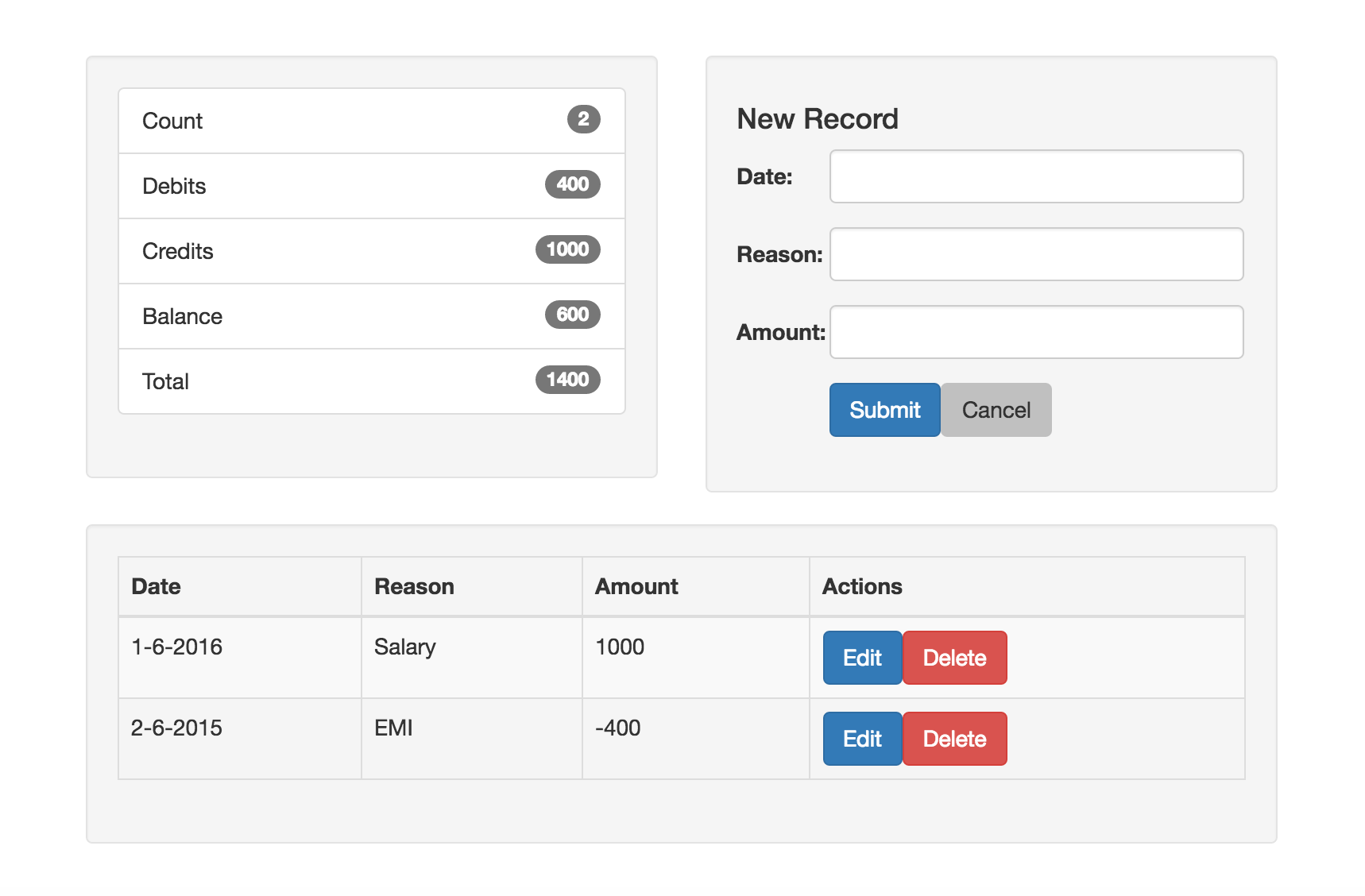 So, the hierarchy of components is going to be as

For sake of simplicity, we will integrate Bootstrap after the entire app is up and running.

The basic HTML page is as below.

First, we instruct React to render the base component(TransactionsDetails) at ‘#container’.

Now, lets start adding details for each component. I prefer displaying static data. Later, when all the components are in place and the static data is displayed properly, I start making changes for dynamic data.

Since the form is working and the entered transactions are being saved in TransactionsDetails’s state.records, we move forward by displaying the dynamically added records in the table. For this, we introduce a new component named TransactionRow.

Now that we have the form and the table working, the only section remaining is the TransactionsSummary. Here, we are neither going to pass the state of TransactionsDetails but are passing the return values of functions.

Similarly, we implement the credits, debits, balance and total transactions sumation as

Since we have a working example, lets integrate bootstaps for better look and feel. So, our updated code is as

Adding the functionality to edit the transaction record is going to be tricky because we need to inform another sibling component (TransactionForm) that it needs to load data for a selected record. We need to identify whether a record being editted in the form is new or existing. Hence, we add a new state editing to TransactionForm which will be true if a record is being edited. Also, we add a state recordToEdit to TransactionsDetails. It points to record to be editted when ‘Edit’ is clicked.

Now, the last functionality that we need to add is updating a TransactionsTable. We have already implemented to load a transaction in the form so that it can be updated.

Finally, we have a simple working application created using React. I know its not perfect and am definitely sure that there are some issues with it. But, our aim was to identitying, creating and linking the components. I hope the post achieved the aim. The source code can be found here.

Hope it was interesting. Critics are welcome.